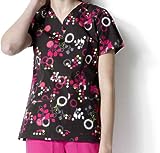 The perfect watch for every runner. The LAP Memory 60 feature lets you store up to 60 records in memory, each record including the date, lap time, split time, and distance covered. You can even set the watch to emit an audible pace signal to help you maintain your desired pace. And, with its 10-year battery, you’ll have a running partner that won’t quit! Black Casual Sports Watch features a 10-year battery with a Resin Band.

The 2013 Accounting MOVE Project list of Best Public Accounting Firms for Women is drawn from the 37 firms that participated in the third cycle of this benchmarking project.

Firms were ranked on the range, depth and success of programs and workplace culture proven to remove barriers to women’s success, especially at midlevel and above, and scored using the trademarked MOVE parity scale. The MOVE methodology pivots on four factors Money, Opportunity, Vital supports for work/life and Entrepreneurship proven to advance women in the workplace. In keeping with the 2013 Accounting MOVE Project theme of retaining rising women leaders, this year’s list also reflects innovation in communicating career paths and leveraging work-life supports to advance women to partnership.

Here’s what the best firms have in common:

BLACK INSIDE: Three Womens Voices was awarded the coveted Grand Prix for Best Corporate Film at the Deauville Green Awards. The international festival celebrates the best of corporate and television films with themes promoting preservation of the environment and sustainable development. Held 16-18 April, 2013, in Deauville, France, the juried competition attracted more than 200 entries from over 20 countries. Presenting the award was Solange Montillaud-Joyel, in charge of information within the United Nations Environment Programme (UNEP) in Paris. (http://www.deauvillegreenawards.com)

One of just five Grand Prix winners, BLACK INSIDE: Three Womens Voices was commissioned by the Global Alliance for Clean Cookstoves. The Alliance is a public-private partnership launched in 2010 by former U.S. Secretary of State Hillary Rodham Clinton and led by the United Nations Foundation. The twelve-minute documentary lends an intimate perspective to an urgent global public health and environmental threat.

In BLACK INSIDE: Three Womens Voices, director Rodney Rascona points to a simple, low-cost solution substituting clean cookstoves for traditional cooking methods that can save lives as well as conserve vital natural resources. The filmmakers journeyed to remote areas on three continents to document captivating vignettes of a trio of strong, resilient women. Despite geographical and cultural differences, Sarah, Vandana and Monica belong to a vast sisterhood whose uniquely personal stories mirror epic global issues: HAP as well as poverty, womens and childrens health, deforestation, carbon emissions and sustainable change.

Each speaks eloquently on behalf of the millions more who would benefit from the life-saving, clean cooking devices. The old stoves, they make this world black. They also make us black inside, says Sarah, a Gabra tribeswoman in Kenya’s northern deserts. With newfound hope for their families health and future, and more time and money to spend, the women become inspired change agents in their communities starting businesses, investing in the lives of others, and giving more of themselves to their children.

Joining Rascona in the project were writer Russ Haan, director of photography Scott Shepard and gaffer Chuck Linkes. London-based producer Phil Tidy of Urchin Productions brought together a post-production team that included film editor Warren Meneely, Goldcrest Post London and Prime Focus London. In-country ground logistics were provided by The Paradigm Project, GIZ Peru, Food for the Hungry Kenya, and The Energy and Resources Institute (TERI). You can find a complete list of global partners, as well as a Directors Statement, at the films website. (http://www.blackinside-thefilm.com)

Launched in 2011, the Deauville Green Awardsalso known as the International Festival of Corporate Film and TV on Ecology and Sustainable Developmenttake place each year in the historic seaside resort of Deauville, France. In addition to screenings of the finalists films, festivities include three days of networking, debates and conferences on green issues. Chaired by Georges Pessis (Acting General), Jean-Charles Pentecouteau (President) and Fran

Everyone’s favorite hoodie, the rocky is a knockout when it comes to style and comfort. Features hood with drawstring ties, kangaroo front pocket and antique nickel zipper.