Image by Boogies with Fish
www.messersmith.name/wordpress/2010/02/10/planet-rock-%e2…
Last Saturday, with my buddy Rich Jones spotting for me, we had a nudibranch-fest at Planet Rock. Because of the river water covering the top of the sea mount, there wasn’t enough light to avoid using the flash on my Canon G11. However, this worked to my advantage when shooting nudibranchs.

There are so many kinds of nudibranchs that I sometimes have difficulty identifying them. I have a book on marine invertebrates, but it includes only about a hundred nudibranch species. There are far more than that within twenty minutes of my house. Sometimes it’s difficult to get it down to even the genus level, because species within that a given genus can appear wildly different.

Ah, I can hear some yawning out there, so let’s get down to the pretty pictures.

This one is pretty easy. I can tell that it’s a ﻿﻿Pteraeolidia  of some kind, probably P. ianthina: I have a very difficult time finding these. They are usually only about 1.5 to 2 cm long. Richard is a master at spotting them, being a total freak about nudibranchs. We spotted two in a row. This is the second one: I know that it’s very illogical, but I sometimes wonder how something like this can even be alive. It is so utterly alien to anything that we are used to seeing. If you think about it, they are no less bizarre than the deep-sea monstrosities that we sometimes see in the news. It’s often said that we know more about the surface of Mars and our Moon than we know about the abyssal habitats of the oceans. I don’t know if that is true, but I can take it in.

The next ones that I have to show you are among my favourite nudis, the Electric Swallowtails.

This Electric Swallowtail (Chelidonura electra)  is relatively common around here. You can see it elsewhere in Madang – Ples Bilong Mi.  Just put swallowtail in the search box and you’ll see all of the posts which contain images.

Here is another individual of the same species. As you can see they are amazingly plastic. I’m reminded of Rubber Man from my comic book days. For example, have a look at this one moving from one bit of coral to another: I estimate that between the two shots above the critter increased its body length by a factor of four. I measure about 164cm (that’s 5’ 4” and a half for metric-challenged Americans) in my bare feet, not exactly a giant. If I could stretch out that far, I’d be 6.5 metres tall. I’d have to bend over to look in 1st floor windows (that’s second floor windows for Americans).

Perhaps I should explain, briefly. In America numbering of floors, in common parlance, begins with the floor that is more or less even with the ground, in other words, it is just above what would be the first basement floor. This, in America, is called the first floor. The floor above it is the second and so forth. In much of the rest of the world, the said floor even with the ground is called . . . well, it’s called the ground floor. Hard to argue with, eh? Then, of course, you have to call the next floor the first floor and so forth. Forget mezzanines and such which just add additional confusion. I’ll not get into which is correct or more logical. I’m just explaining the way it is.

Oh, my, I’ve drifted off point again. That’s happening more and more lately. Let’s get back to the nudibranchs.

Here is a final shot of Electric Swallowtails enjoying an intimate moment: I shal not describe their activity. This is a family-friendly site (mostly). Use your immagination.

This is an entirely different nudibranch which is soometimes referred to as the Black Electric Swallowtail, the Chelidonura inornata: As you can see, there are physical similarities, but the pigmentation is radically different.

We say quite a few of these. In one small area, less than a quarter metre square, there were five enjoying an impromptu love-fest. Here are a couple of frolicking nudis for you: Richard spotted some eggs and attempted to point them out to me. I was busy snapping, so I missed them. I could see him gesturing and attempting to say, “Eggs” through his regulator, It came out something like, “Eblublublelbgshblubelbule”. I couldn’t translate, so I never did see the eggs. I didn’t know about them until I was back on Faded Glory. I’d never have found the spot on my own and Rich is limited to one dive because of his insurance limitations.

However, while snapping away, I peeped on further evidence of a sort of nudibranch Woodstock: Naked nudis doing the boogaloo right out in the open. Shocking!

I wonder what they were smoking.

Workers call for action as legislators debate minimum wage increase
They called on the company to pay living wages to its employees and enact family-friendly policies to lift women and their children out of poverty. Two out of three minimum wage workers are women, nearly four of 10 are women of color – and these women …
Read more on Twin Cities Daily Planet

True wilderness in Australia's Northern Territory
Photograph: Felix Hug/Getty Images/Lonely Planet Images. Darwin's best side, however, can be found a short drive north at … Darwin has always been a city of immigrants – the Chinese and Indonesians were trading in these parts long before the …
Read more on The Guardian 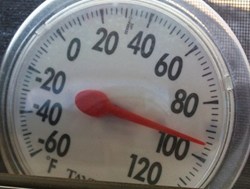 City takes new approach to increase recycling
Since July, the city's Environmental Services Department has signed up 24 businesses for recycling collection and has a goal of adding a new account every week. Workers have also changed the department policy about the plastic bins used for residential …
Read more on Santa Fe New Mexican.com

IWU to hold 'mega-recycling' event this Saturday
BLOOMINGTON — The America Recycles Day mega-recycling event Saturday at Illinois Wesleyan University offers one-stop shopping — or, in this case, dropping. From 8 a.m. to 1 p.m. in the Hansen Center parking lot, you can drop off a broad variety of …
Read more on Bloomington Pantagraph

China refuses to recycle Britain's rubbish because it is of such poor quality
Britain's rubbish sent to China for recycling is being returned to UK landfills because the quality is so poor. Nearly 70 per cent of plastics able to be recycled are shipped to the Far East as UK households fail to re-use and process them at home …
Read more on Daily Mail